THE ROLE OF A FUNCTIONAL PROTOTYPE IN SOFTWARE ENGINEERING

Here are some striking stats:

Besides, the Consortium for Information & Software Quality (CISQ) report states that the total cost of poor-quality software has hit $2.08 trillion and is rising in the US alone. That’s a pretty troubling trend.

Why is this happening? Reasons are numerous, ranging from unrealistic expectations to limited time for development. But, most of those costly mistakes could be avoided if stakeholders had a clear understanding of what they wanted to achieve. Often, they have only a rough idea of the project, which leads to confusion and complications once the development of a digital product begins.

Instead of making decisions based solely on gut feelings, successful companies follow the test-and-learn path. They set up experiments and learn from their results where to go next and whether the idea is viable at all.

With functional prototypes, companies can embody their product idea, simulate the real user experience, spot limitations, and discover ways of improving the final product. Although prototyping requires a portion of the budget, its cost is nowhere near the compound losses caused by the launch of a product that no one needs. So, there’s simply no reason to ignore the actual value of software prototyping.

The best way to see the benefits of prototyping is by using an example.

Do you know Zappos.com? It’s a pioneer in online retailing that sells shoes, clothing, and accessories from multiple brands US-wide. The company’s annual revenue hovers around $500 million. But few know that Zappos.com originated from a small shoe-only store that wasn’t even a real online store — at least not in the way we perceive it today.

Back in 1999, Nick Swinmurn came up with a simple yet groundbreaking idea — creating an online platform where people could buy the shoes they wanted but couldn’t find in local stores. This idea hit him when he was vainly trying to buy dessert boots in one of the San Francisco malls. Some stores had the right size but not the right color. Others had the right color, yet the wrong style.

Nick didn’t have enough budget to buy shoes from warehouses as it would require him to invest in numerous models, each with lots of sizes and colors. But he still needed to validate his concept. So, he decided to go to local stores, take pictures of available shoes, and post them on his site. Once someone placed an order for a particular model, he went to the store, bought it, and mailed it to the client.

Was it profitable? Of course, not. But this is not something Nick was trying to test. The goal was to validate whether his business idea was feasible, and he achieved it. 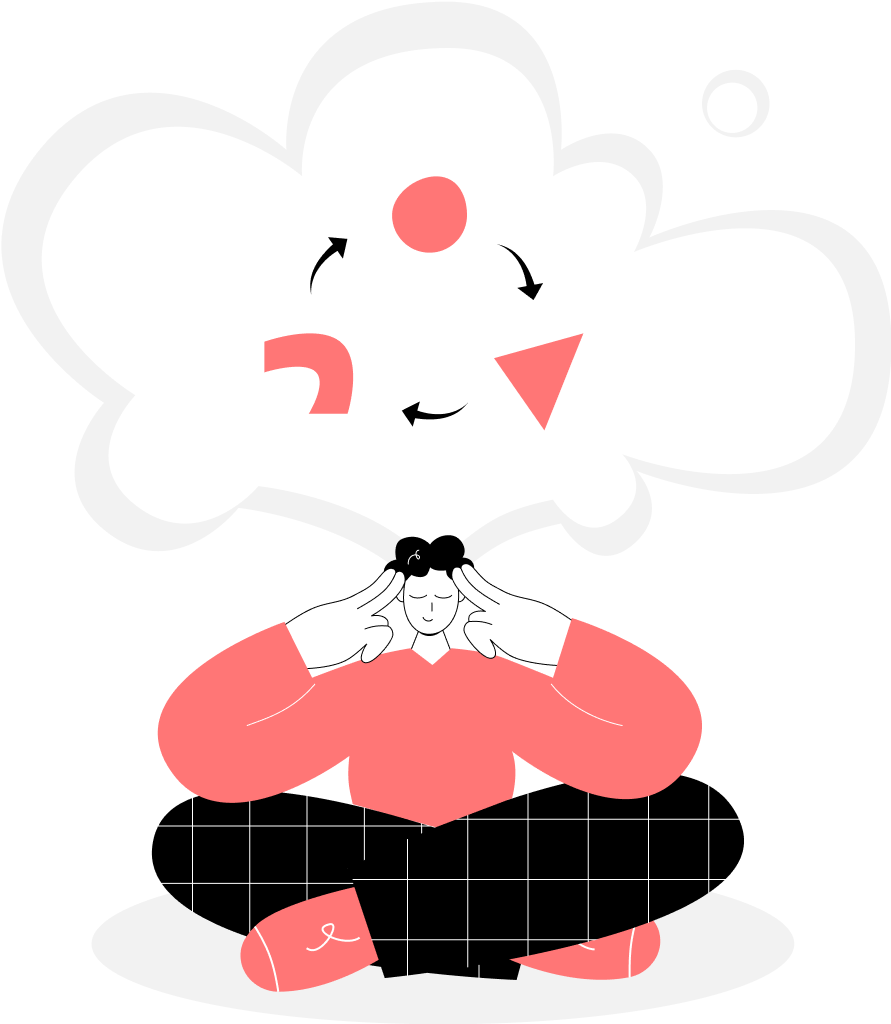 No one knows for sure how the audience will react to your product unless you have a functional prototype. It helps to get early feedback from all stakeholders and serves as a skeleton for the full-fledged product.

With that in mind, here’s an action plan you’d want to stick to during the project’s early stages:

A chunk of the above text points to the functional prototype’s unmatched advantages. That’s true. Still, don’t rush into building one — rather, take one step at a time. Before investing any resources in digital prototyping, you need to know for sure that it will add value to the final product.

A prototype comes in two forms: 1) with a low level of detail (low-fidelity) and 2) with a high level of detail (high-fidelity) respectively. While one is built quickly and basically, thrown away, the other is improved upon iteratively and developed into a full-featured product. Both models are effective — though, each for different purposes.

A low-fidelity software prototype is useful in the early stages of development. It allows you to visualize the different screens of a digital product and understand how a user might navigate through them.

Such prototypes can be as simple as hand drawings. Paper prototypes are good for collaborative idea-sharing, finding big-picture problems, and making instant changes. That’s because it’s easy to test multiple interface variations during a single brainstorming session.

A more advanced form of a lo-fi prototype is a wireframe. This is a digital prototype since the designer uses software prototyping tools like Figma to draw it. By linking multiple wireframes together, the designer can create a clickable wireframe and simulate user interactions.

Non-functional prototypes are particularly beneficial when the team needs to get quick feedback on the concept or idea. They are fast and cheap to build. 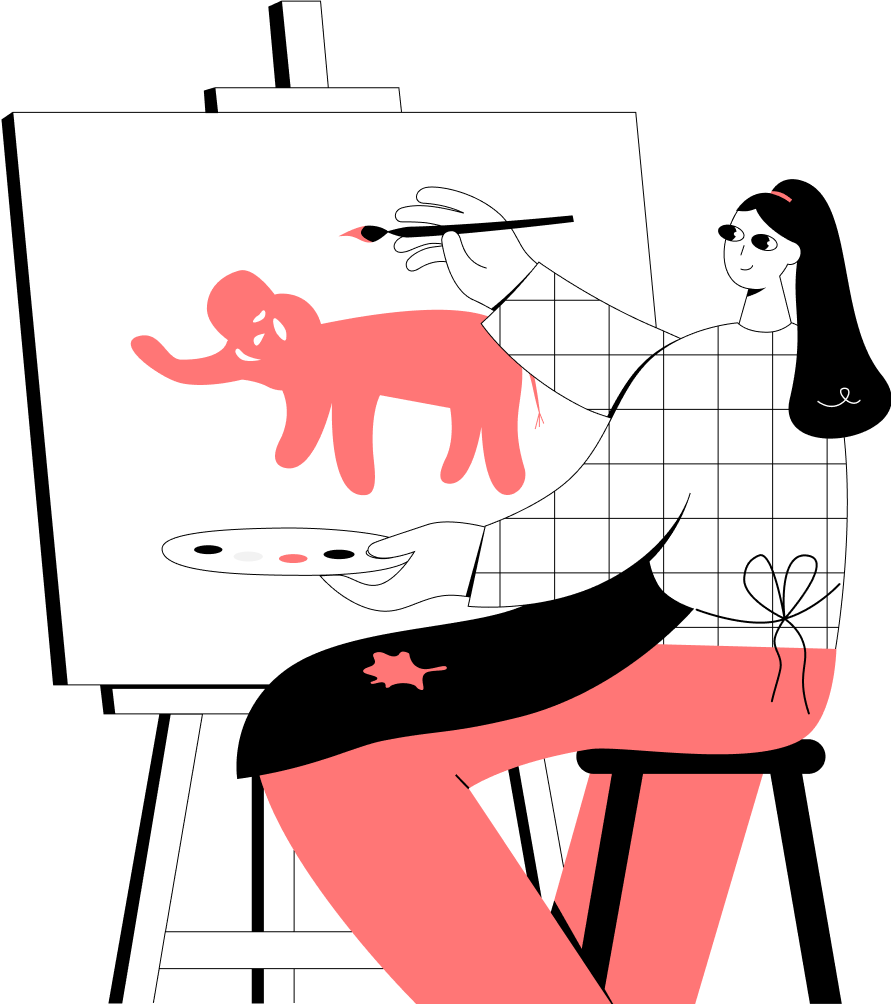 However, such prototypes are of little help when it comes to testing them with end-users. They just don’t deliver the exact look and feel of the final product.

A functional prototype feels real enough for end-users to think that they are interacting with the actual product. This is because the prototype is built in its natural environment.

Such prototypes contain almost all UI elements that will appear in the final product — i.e. graphics, animations, buttons, content, etc. So during usability testing, users will behave as naturally as possible. And this, in turn, will provide stakeholders with qualitative findings regarding the concept viability.

Hi-fi prototypes are responsive across different devices, allow for real page transitions and micro-interactions. They help understand the true capabilities of the product, as well as its possible constraints. 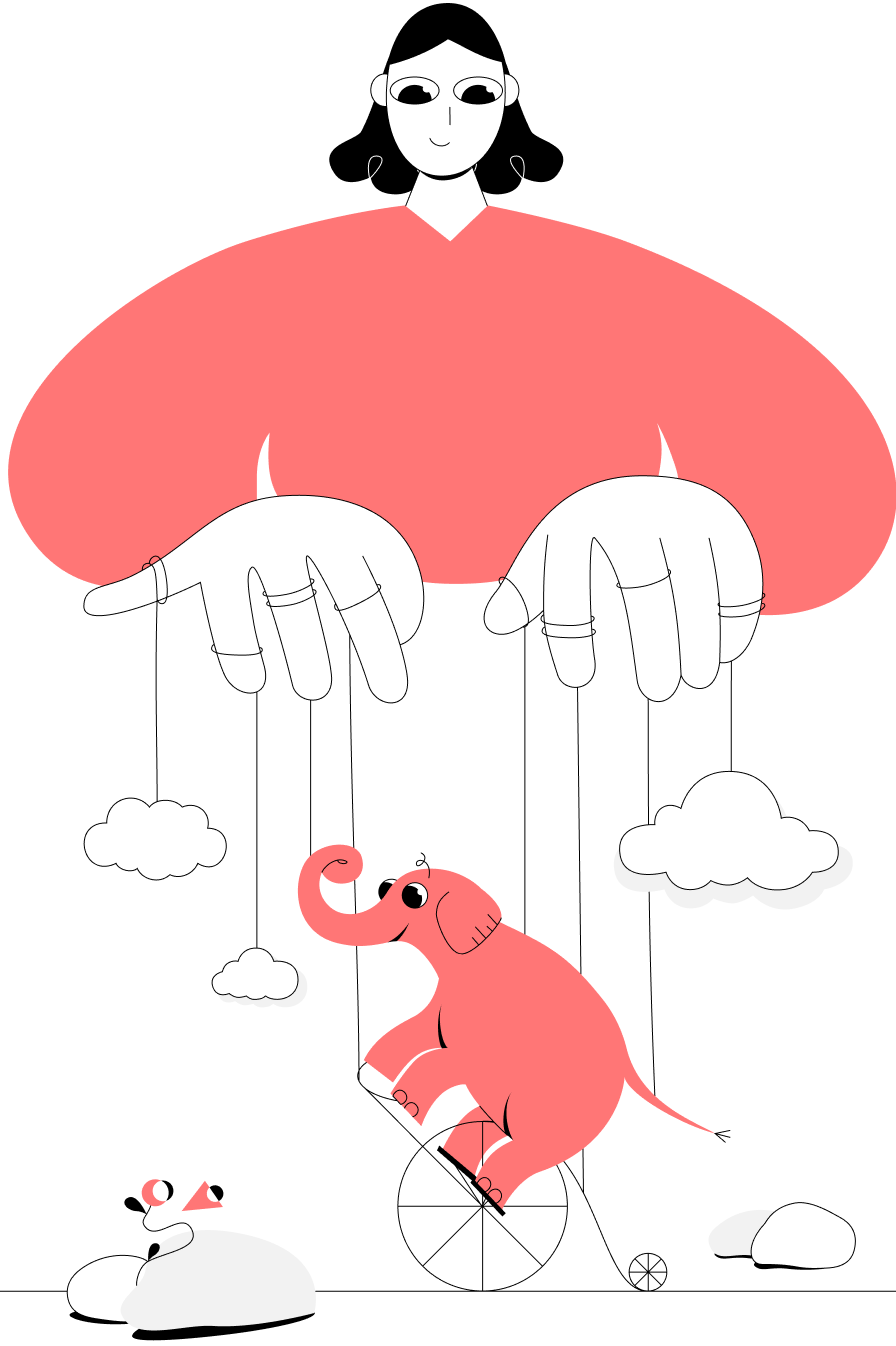 The best thing about functional software prototypes is that they can be a foundation for the working product. But creating hi-fi prototypes implies higher costs and a longer delivery time as compared to lo-fi prototypes.

A GUIDE TO FUNCTIONAL PROTOTYPING

At CXDojo, we can help you build an interactive digital prototype — also known as a coded prototype — using HTML/CSS or JavaScript. Coded prototypes are close to the release-ready products both in terms of functionality and visual design. The only difference is that these prototypes have a core set of features and no back-end.

We advocate for the following approaches to functional prototyping:

Our team takes software prototyping seriously. A prototype is not an optional extra that can be discarded as useless. This is something that can either make or break the subsequent development process. With this in mind, we prototype software in the very same way as we would build it.

✅ Putting it all into code

DO YOU NEED A FUNCTIONAL PROTOTYPE?

That’s a sound question. But instead of simply saying ‘Yes’, we’ll introduce you to common scenarios that push our customers towards prototyping.

Here it comes! You have been cherishing that ​​bang-up idea for months (or even years?). Everything is just perfect: you’ve found an untapped niche, analyzed your target audience, gathered a team of fellow-thinkers, and compiled a detailed business plan. It seems that the big time is around the corner. But there’s one small thing left — convincing a potential investor that your idea is truly groundbreaking.

The problem is you see crowds of creative thinkers here, there, and everywhere. So many original ideas are floating around. Investors are bombarded with pitches, and chances are that yours won’t stand out. This just goes to show that getting early-stage funding is impossible if you are equipped with nothing more than a good idea.

Your company develops great things that do have a great impact on users. Your products are in demand and rivals look up to you. The in-house development team has a busy time working on continuous optimization of the existing product line to maintain the competitive edge.

But it won’t hurt to shake up the market and secure your place among the industry’s innovators too, especially given that new product ideas are coming thick and fast. The only hindrance to their validation is a shortage of developers that can handle all the test-and-learn work. To avoid disruption of core activities, you need a dedicated team working backstage.

Does any of the above cases resonate with you? Well, you know what to do and whom to ask for a helping hand — CXDojo is always-on. If none of the pains is familiar to you, but you still believe that a digital prototype might prove effective in your case, drop us a line. Let’s discuss your project details and think of the most appropriate solution together. 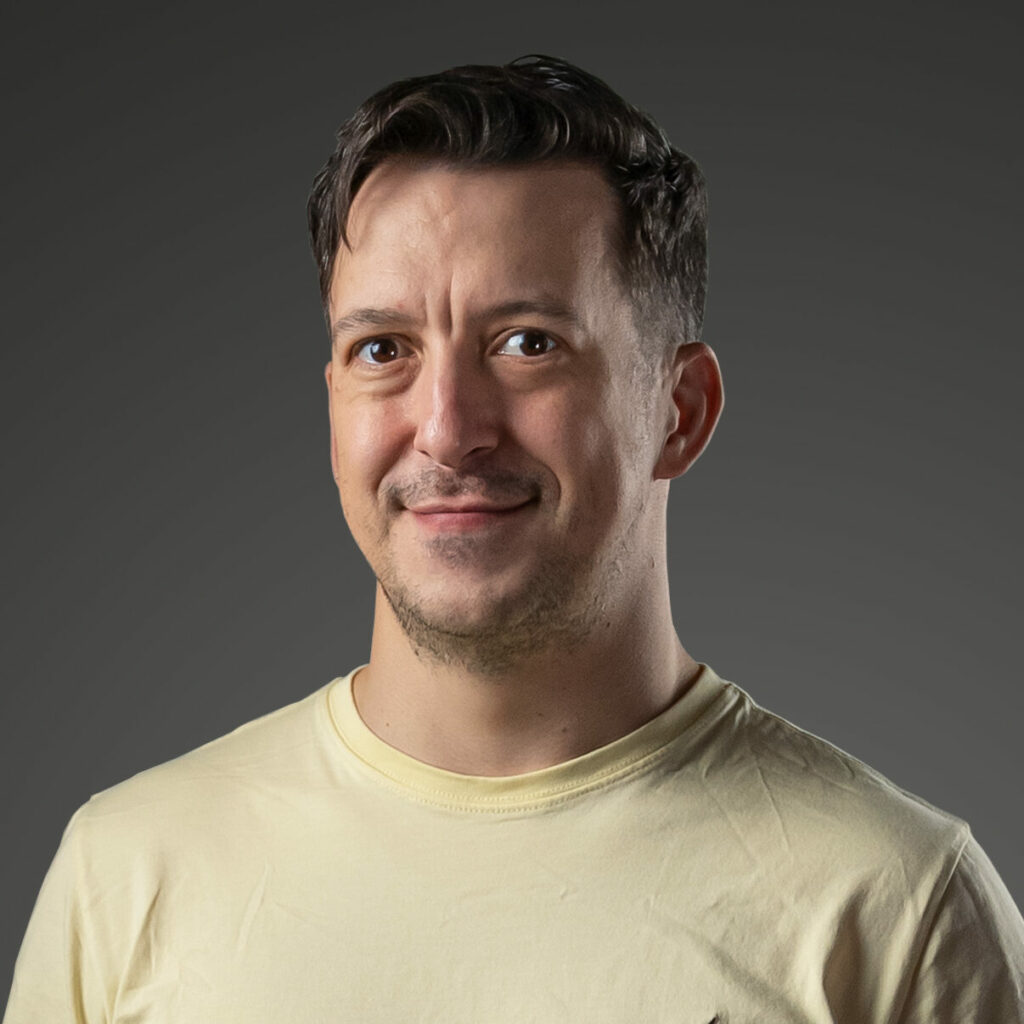 January 13th, 2022 / 13 min Anatoly is our tech mastermind. Over the course of his professional journey, he has had a chance to enjoy several roles — from a software developer to a lead architect to a VP of engineering. All posts by this author

In 2014, Anatoly founded CXDojo with the aim to create meaningful products that bring true value to customers. And he now acts as a consulting CTO for our clients who want to do the same in the context of their business.

Tagged with:
product functionality
software development
technology stack
back to all posts
SHARE ON

September 30th, 2020 / 16 min HOW TO LAUNCH A STARTUP WHEN YOUR BUDGET IS TIGHT? Product development can cost you a fortune. But if approached rationally, you have all chances of releasing a valuable product. read

August 9th, 2021 / 11 min POC, PROTOTYPE, OR MVP: HOW TO ACHIEVE PRODUCT-MARKET FIT? How to grow from an idea to a product that people love to use? The road starts with understanding PoC, prototype, and MVP. read

November 9th, 2021 / 11 min THE TRADITIONAL APPROACH TO OUTSOURCING PRODUCT DEVELOPMENT IS DEAD If you are dissatisfied with the result of cooperation between in-house and external teammates, there’s certainly a need for change. watch

From Idea to MVP 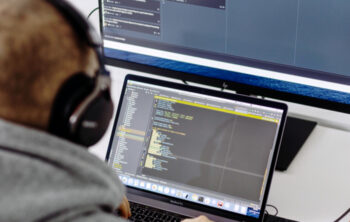 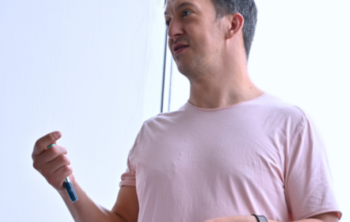